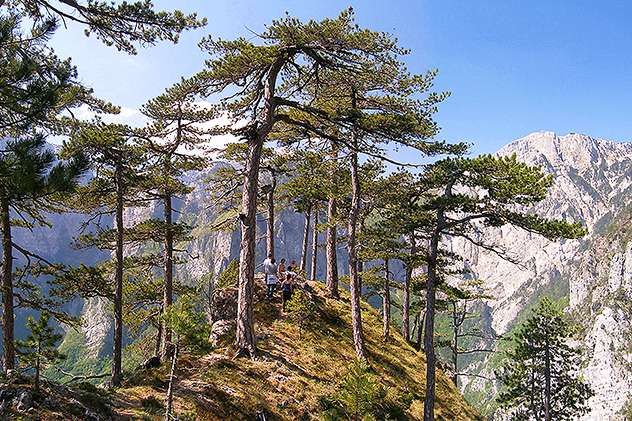 Bosnia and Herzegovina are two regions geographically divided by the towering Dinaric Alps, which stretches from northwest Croatia through Bosnia and Herzegovina and into Montenegro finishing on the Albanian border. In the heart of the central Dinaric Alps Herzegovina host the most imposing set of mountains ranges in the country - Prenj (2155m), Čabulja (1789m), Čvrsnica (2228m) and Velež (1969m) mountains. This area is known for its numerous endemic species of wild flowers. Dinaric Alps exhibits three types of climate: Mediterranean at the base of the mountain, central European on hillsides and alpine on summits and plateaus.The warm Adriatic temperatures clash with the harsher alpine ones, producing one of the most diverse and unique ecosystems in all of Europe. These mountain ranges are divided by 1000m-deep canyon valleys carved by Neretva river and its tributaries offering picturesque views.

Farther south where mountains give way to hills and plains Neretva slows down and loses character of rapid river. It slowly meanders and expands into a wide and vast wetland valley. In the south of Herzegovina, protected on all sides by arid hills and mountains is the wetland bird reserve of Hutovo Blato. Further down it crosses in Croatia and creates vast fertile delta. Delta lakes, fed by underground springs, narrow river valleys, forests of reeds, lagoons, lush common land pastures, sand banks, riparian forests and river branches covered in aquatic plants together create a veritable bird paradise here. In the 20 thousand hectares of the delta spreading from Bosnia Herzegovina over the Croatian border to the Adriatic, 300 bird species live and rest. 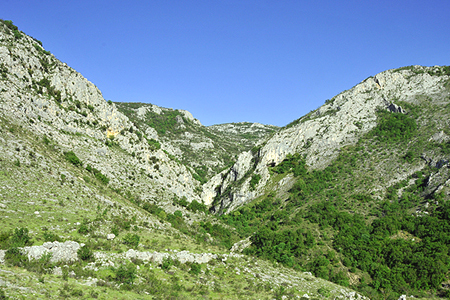 Almost all of Herzegovina is made up of arid limestone, known as karst. In this area, the only land suitable for cultivation are small depressions, karst fields, between barren mountains. The limestone karst fields of Herzegovina are amongst the largest in the world, creating amazing water sources and underground aquifer systems and caves. With over 6 km of passageways, the Vjetrenica Caves are the largest in Bosnia and Herzegovina. They are located in the Popovo Polje valley, and are named for the cold air which blows from the entrance in the warmer parts of the year (Vjetrenica means "wind hole"). The cave houses the large subterranean biodiversity with over 200 species ranging from cave-dwelling fish and insects to shellfish that only survive in underground systems. Vjetrenica also has ancient cave drawings of bears and leopards estimated to be over 10,000 years old.
Herzegovina is the southern region of Bosnia and Herzegovina. It never had strictly defined geographical or cultural borders and it is not an administrative division in modern Bosnia and Herzegovina. It is generally taken to border larger Bosnia to the north, Dalmatia to the southwest and Montenegro to the southeast.
The name "Herzegovina" itself stems from the archaic Serbo-Croatian term inherited from German, "hercegovina", a land ruled by a herzog (German term for a duke) thus literally meaning "duchy" or "dukedom".